No. 33 - Five Days in Almaty, Kazakhstan

We departed Uzbekistan and a short 80 minute flight got us to Almaty, Kazakhstan.  Immigration was a breeze and a taxi from the inside airport desk gave us a quick and safe ride to our hotel.  Wow, a new hotel, only twelve rooms, and no sign outside.  It was already dark, the web had painted a few bad images of getting hijacked by taxi drivers, and it took us a few minutes to feel confident we were in the right place.  From that point on our five day stay in Almaty was AWESOME. 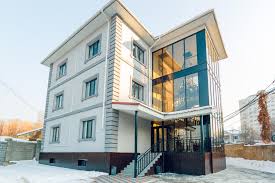 Breakfast was delivered to our room each morning.  The staff were well trained, spoke excellent Enlish, and were extremely pleasant and helpful. 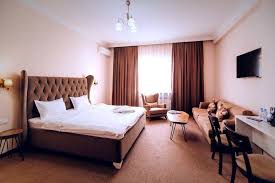 We stayed on the hillside district with huge apaqrtment and office towers, shoping malls, upscale restuarants, and government buildings all within a walk.  There was snow when we arrived and the temps were in the low 30'sF.  We had a burger (a real burger) for our first meal...for both of us, less than $15. 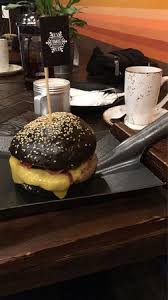 Our first day out included a nice long walk through the neighborhoods, a visit to the museum, Russian wood cathedral and the Green Bazaar.  We covered almost eight miles.  Almaty looks like NYC at night and Moscow during the day.  What a grand cosmopolitan city.  At the base of the Tien Shen mountains that separates it from Kyrgyzstan the mountain views were stunning.  There was new snow and it was cold but the grass was still green and the pine trees beautiful. 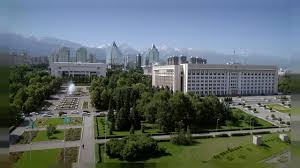 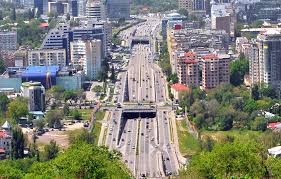 The huge wooden cathedral was originally built without nails.  Today is was covered in renovatino scaffolding and fences so we could not get in.  The whole city is undergoing a rebirth.  The country is doing well economically and of course, the space and gas industry help. 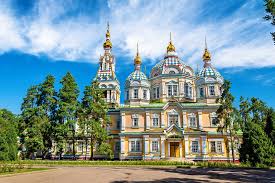 It was soon confirmed that I had contracted a parasite infection from Uzbekistan...more than likely from our visit to the homestay in Mitan Village.  Alas those lovely and wonderful folks had pretty bad kitchen hygiene...we all new it...and I guess I'm the one that got caught.  After some diagnosis Giardia was confirmed and for the next few days antibiotics went to work on the little buggers.  While I chose to stay back and rest, catch up on my TV watching, and did some work on the PC for my new volunteer project in Nepal.  Bobbie took long walks each day and at night we ventured out for dinner nearby in the mall and neighborhood.  We even took in a movie.

On our last day we took the city bus up into the mountains, a whopping $0.50 ride!,  We rode the cable car to the top of the sky resort and then down back over the mile high skating rink  There was no skiing or skating being offered even though the trails were groomed, there was plenty of snow, and it certainly was cold enough.  Later we rode back down the valley and into the city. 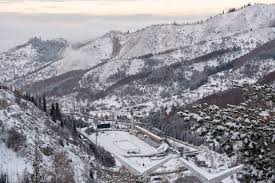 It was a great rope-way ride back down the mountain. 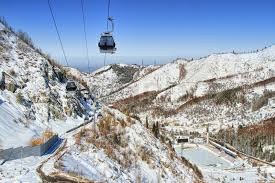 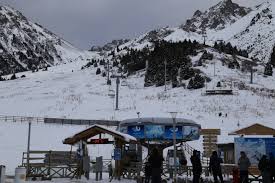 We purchased dinner from the grocery deli, enjoyed out last night in the room watching TV, and then had a late checkout before heading to the airport for our late evening flight to Tbilisi, Georgia.