Today we were picked up and transported in a brand new Hyundai minibus to the northern coastline and the keys of Cuba.  It looked as if we had once again arrived in Key West.  Not my cup of tea, but a nice way to relax after so much road travel and sightseeing.  This was part of our package and all in all it was ok. 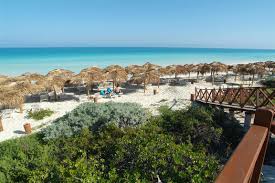 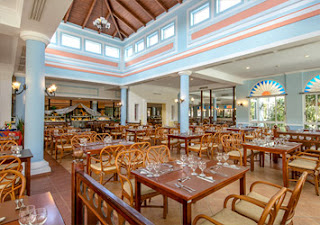 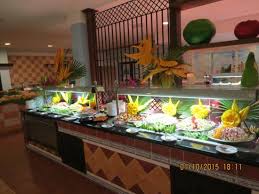 This resort was full of occasional tourists, basically a cruise ship on land.  It was billed as a five star resort.  We call gave it two.  The rooms were nice, the hotel pretty and well maintained, and the pools were beautiful.  The water was shut off on both days, the toilets and showers did not work, and the food, although totally beautiful in its presentation, was mostly canned and pre-prepared steam table meats.

I'm just not cut out for this kind of stuff so my callousness needs to be taken in stride.  Some folks would think this was an amazing place to stay.  It was fully inclusive...all food and drinks...live entertainment, etc.  The cost was $120 a day per person.

The sad part is that most people we spoke to had flown into Havana and taken a large transport bus or small plane to the island.  Few had ventured into the counrtry itself and the only exposure they had to the Cuban people were the staff members, many who weren't even Cuban.
Posted by Tom and Bobbie Lucido at 4:20:00 AM