Dressing in the dark and packing up before breakfast got us on the road at sunrise.  It was a long drive across the Eastern Kalahari Desert and across the border into Nambia.  The landscape changed little as we crosse miles of rock and sand, scattered with dry, brittle acacia trees.  We traveled through many small villages and past local cattle farms.  It was a hot drive, an easy border crossing, and into the hills surrounding Windhoek, the capital city just before sunset.  Our reward for the long drive was a comfortable room at a pretty classy lodge.  That evening we were spoiled with a truly delicious wild game meal...enough food on each person's plate to feed a family of our.  I had an 18 oz. sirloin Nambian steak that was tender and tasty...and ended up giving more than half of it to our cook, Vincent, who devoured it in a few bites...LOL. 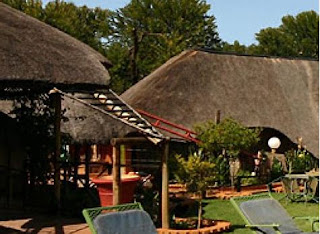 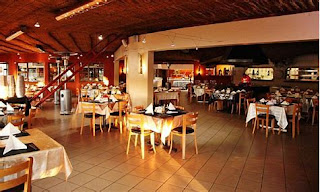 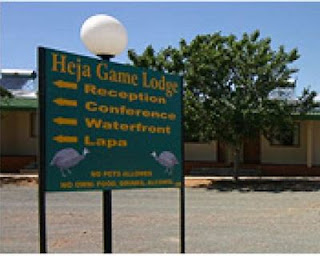 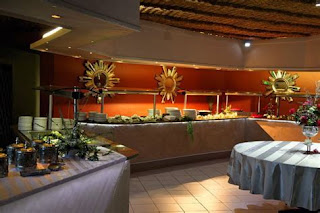 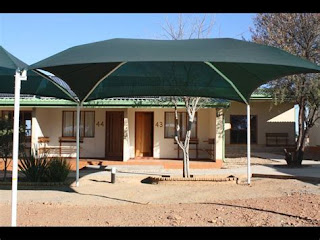 The next morning we relaxed a bit with a later start into the city center where we enjoyed a short and informative tour with our local guide Timee.  Windhoek was a large and very modern city and surprised most of us with the numbe of highrises, shopping malls, and really nice residential neighborhoods. 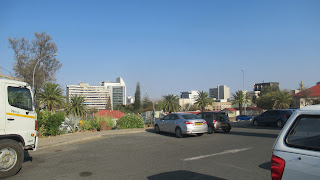 We started off at the Lutheran Cathdral.  Namibia was a German colony for many years so this was no surprise. 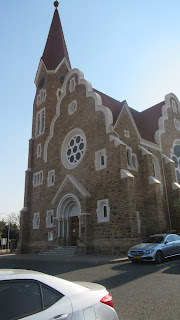 It sits on the intersection of Robert Mugabe and Fidel Castro Streets.  That led to an interesting conversation that also included the North Koreans. 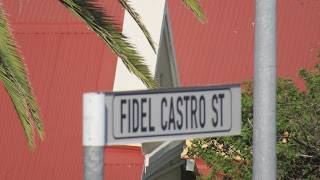 The parliament and gardens. 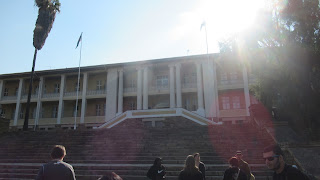 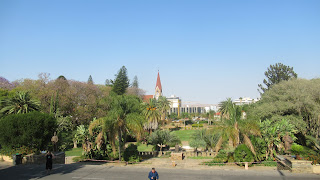 The national museum built by the North Koreans in 2003 in exchange for uranium mining rights....hmmm 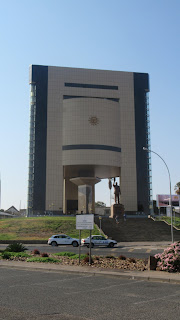 After German control, Namibia was taken over by South Africa and apartheid was alive and well for many years.  Dr. Sam Nujoma was the first president of free Namibia.  He came into office in 1990 and had been previously imprisoned with Nelson Mandala at Robbins Island. 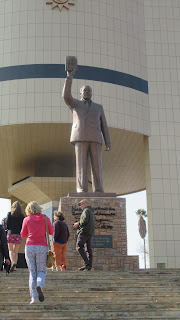 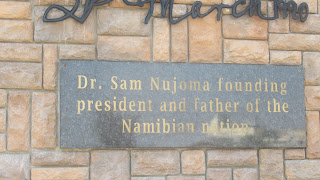 The museum understandably was all about the freedom fighters and the sins of the South African regime.  It was a worthwhile, short, solemn visit. 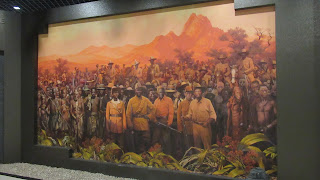 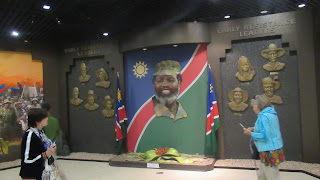 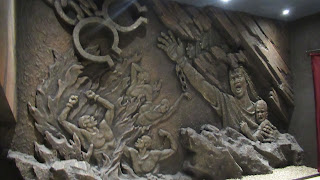 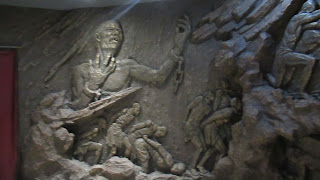 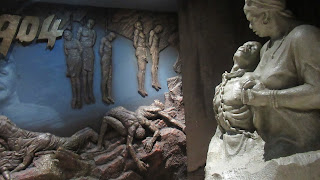 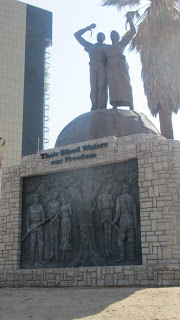 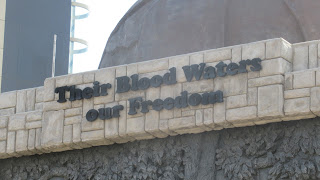 After a few hours, we boarded Nina for a four-hour drive north to Etosha National Park.