Perth to Darwin - Day 28 - Further North to the Coast

We woke to find that our camp had been visited during the night and our ice chest, which has been left out, was pulled off to a neighboring tree.  There was still meat inside, one beer had been opened by not drank, and of course most of the ice had melted.  It wasn't animals...the meat was still there.  Guess the thief was hoping for more than a free meal and a beer.  It gave us pause though and we made a mental note to lock the front doors to the campervan from now on.  In the front seat were both phones, the laptops, cameras, and our bag with passports and money.  They could have easily opened the door and robbed us and we would never have heard them...yikes.

We departed early since we were REALLY AWAKE by then and headed north.  The drive was outstanding as we climbed into the Bungle Bungle mountains. 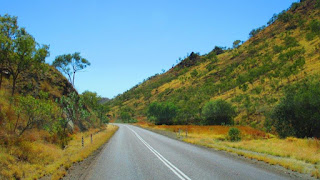 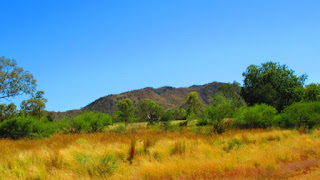 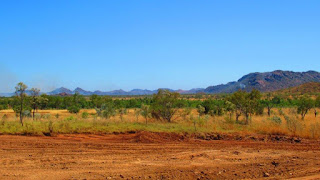 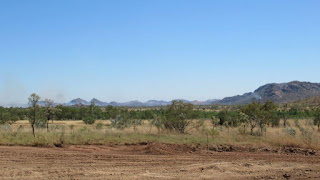 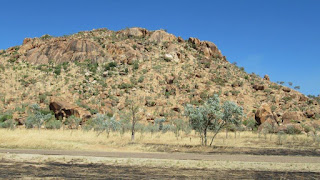 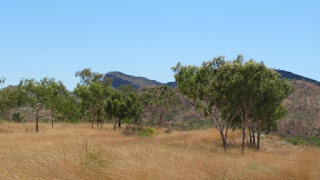 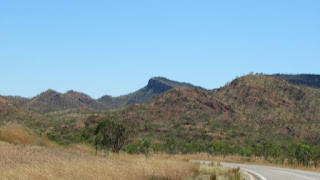 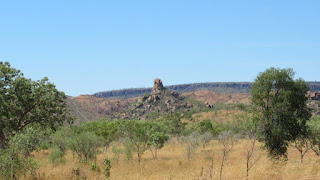 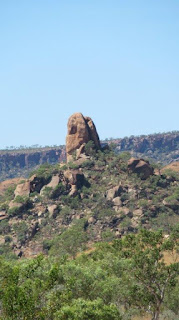 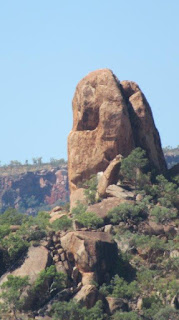 And another great boab tree. 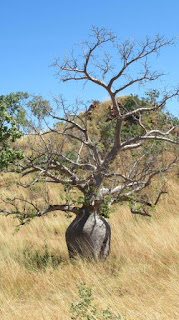 We stopped for lunch as my sister and brother-in-laws rest stop. 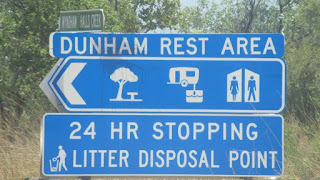 And just before reaching the coast we popped in to see the Grotto.  A huge abyss with an amazing waterfall. 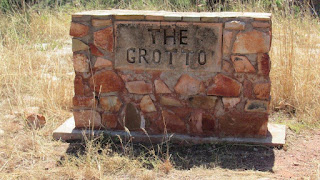 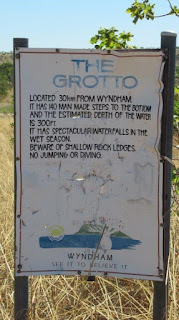 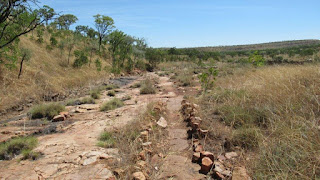 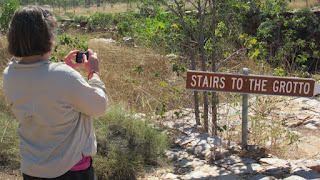 Yikes a long way down with no rail and steep sides. 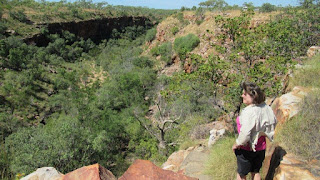 The place has a beautiful waterfall in season. 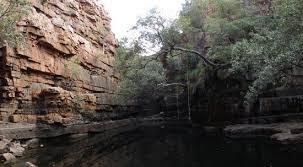 Just the perfect place for swimming with the giant lizards. 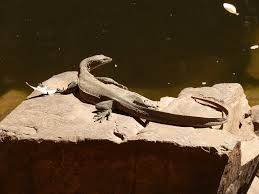