Day 27 - Some Great English Trivia from Stratford Upon Avon 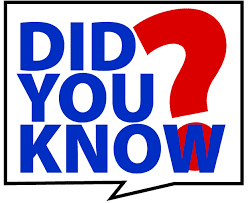 Bonfire - IN Will's day cemetery space was limited.  A body resided in a grave for no more than 20 years and then was dug up, the bones purned in a large fire, and the new resident moved in. "Bone Fire" became "Bonfire."

Salt - Salt in Will's day was exremely expensive.  People of wealth would often display a large jar full of salt on their mantle as a sign of wealth.  Workers were often paid a portion of their salary in salt. The world "salt" is derived from the Latin for salty - salis.

Surgeon - If you have a medical degree you are called Dr.  If you are a surgeon you are called Mr. Back in the day only barbers were allowed to perform surgeries.  The striped pole outside was red for blood and white for bandages.

Young ladies need to be "protected and preserved" in those days.  The males and married couples slept in beds or on the floors.  The maidens slept on ledges made high up in the rooms and the ladders were taken away at night for safety.  When a young lady was ready to be married, whe was "taken off the shelf."  My dad used this term often and now I know what it meant.  Wow, he was a real dirty old man!

Most homes has thatched roofs.  All thatched roofs were open on the inside meaning you could see the thatch.  Didn't matter if it was a wealth home or a shack.  At night when you slept you would use a night cap with the strap tied tight under your chin to keep your moth closed.  Otherwise anything from the roof would drop down into your mouth.  Over the years.one discovered that if they attached poles to the ends of the beds and then streteched a sheet over the poles you would not wake up with a surprise and thus, the "four posted" bed and the canopy.

Dr. Huff married Will's daughter and set up shop.  He wrote many books of remedies.  Two are as follows:  Diarrhea - Mix gunpowder and saltpeter.  Take with water.  Guess that may be where term "he has a blowout" came from.  Sore Throat - Suspend a frong upside down over your open mouth and allow its saliva to drip into your mouth and throat.  Today it is known that some frog saliva contains an antibiotic.  Thus the term "frog in one's throat."

The area around Stratford was a huge oak forest, often impenetrable.  During the advance of the Spanish Armada, Elizabeth I ordered the British Naby to build a huge fleet of ships.  It took about 2000-3000 .trees to build each shipo that often has seven decks.  An thus, the forests were cleared and farmland became available as a result and not the reason.

Poor Alice Arden was one of Will's many sisters.  All but she never married.  She is said to have proclaimed, "there is no room in my life for men."  She lived out her days as a spinster in the company of many female companions.  Wonder why Will never wrote a play about that!
Posted by Tom and Bobbie Lucido at 4:54:00 AM