With four HEAVY bags and an hour commute by bus and metro, we opted to spring for a taxi to take us to the international train station.  It was a great ride with a very nice driver and we got to see the streets of London one more time before arriving as St. Pancras Station.  It has recently been renovated and everything was fresh and modern...including those trains!  The train was lovely, new and fresh.  The seats were comfortable and the windows were huge.  What we did not expect was the
364.4 kph (227 mph speed).  We left the station and traveled about an hour before entering the "chunnel."  On the other side it was about another hour and we were in Paris. 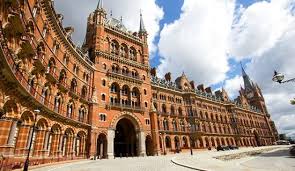 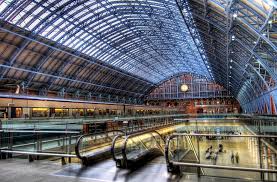 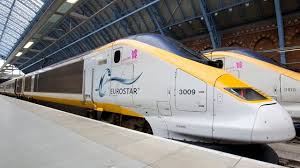 Arriving in Paris was a bit of a culture shock.  The Gare du Nord station is old and dirty.  The place was swamped...and it was over 90^.  The Hertz car rental counter was staffed by the stereotypical gruff and poor service oriented frenchman...who had to be warmed up at bit before we got served and finally found our car.  Figuring how to get out of the underground -8th floor of the basement garage was quite a task...and then that famous Paris traffic...at 5:00 PM and the end of the workday!  Bobbie, Andi, and George got their first view of the famous Montmarte district. 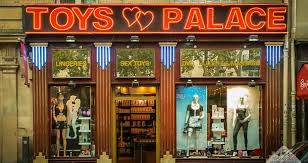 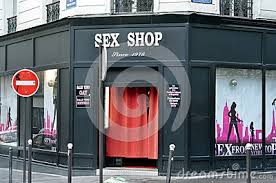 And yes, this is the famous night club. 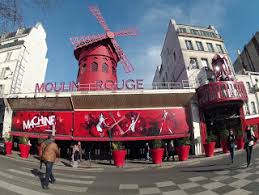 We wound through the center of the city and finally settled into our really great 10th floor flat where we will spend the next two weeks.  Small but it works for four.  The view is awesome it is still VERY HOT!!! 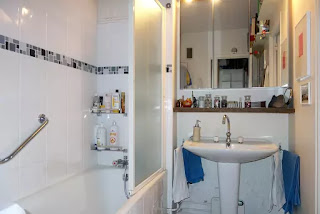 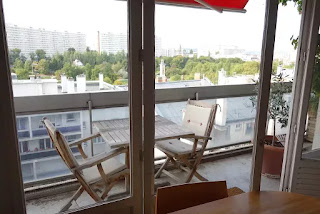 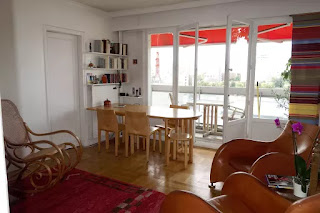 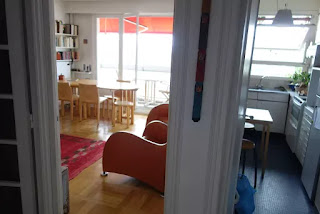 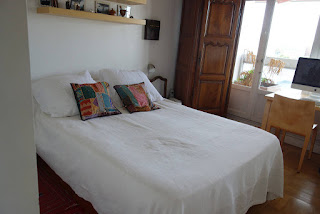