Established in 1589 the first and oldest city in Siberia, situated on the Tura River that flows north to the Arctic Ocean, is a center for major oil and gas production; 759,000 people live here with oil and gas as their major employer.  It is a cosmoplitan city with an old city center and a new town with skyscrapers and high rise apartments. Beautiful  green spaces dot the busy landscape. 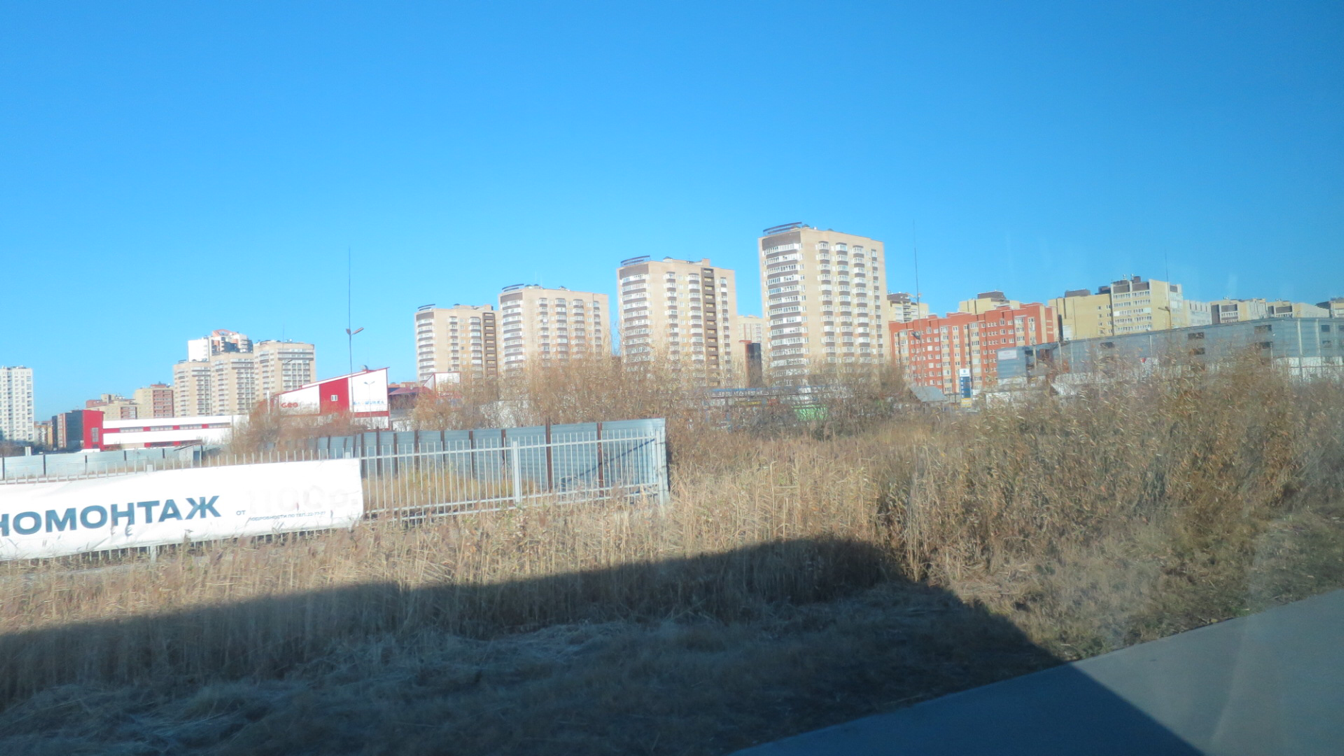 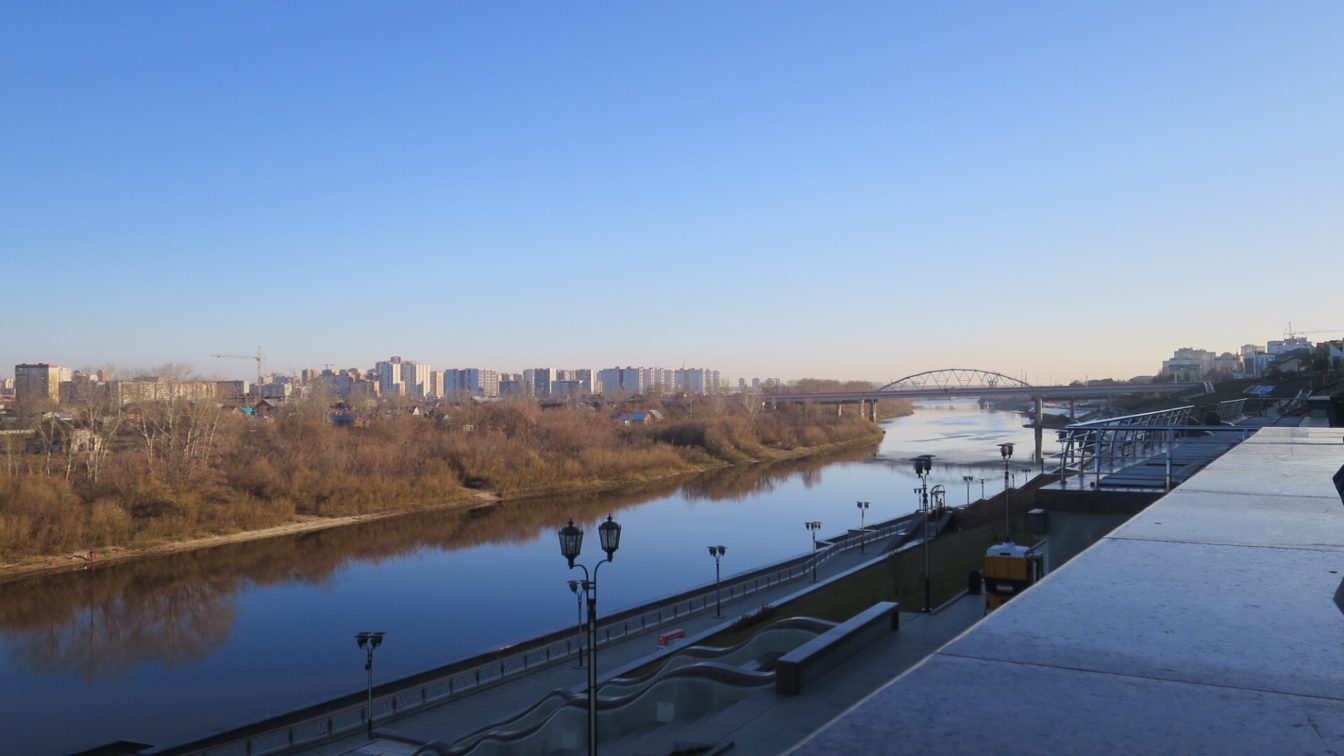 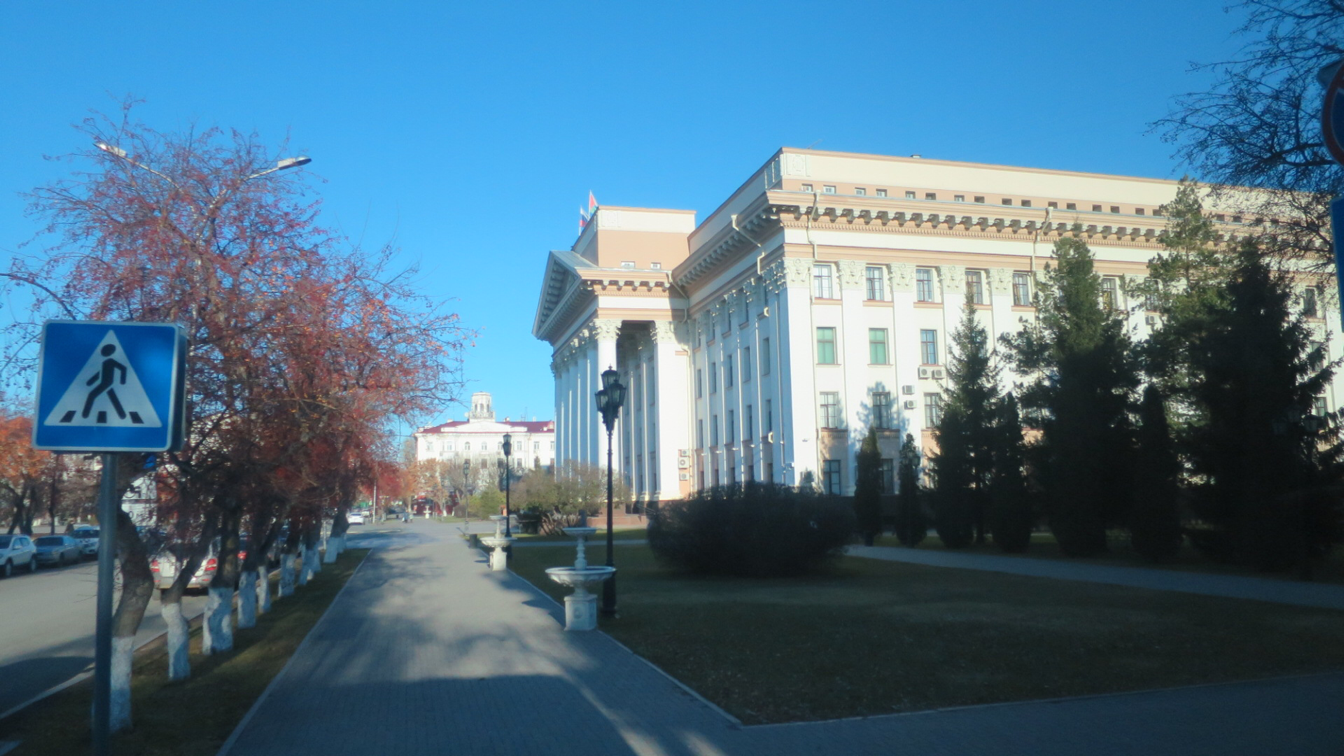 Our guide picked us up at 9AM and we visited the city center accompanied by a second local guide and historian. The architecture was true to what we have been seeing. There were some lovely old wooden buildings with lots of gingetbread. The usual assortment of Russian Rensissance beauties, and lots of those Kruschev block buildings. 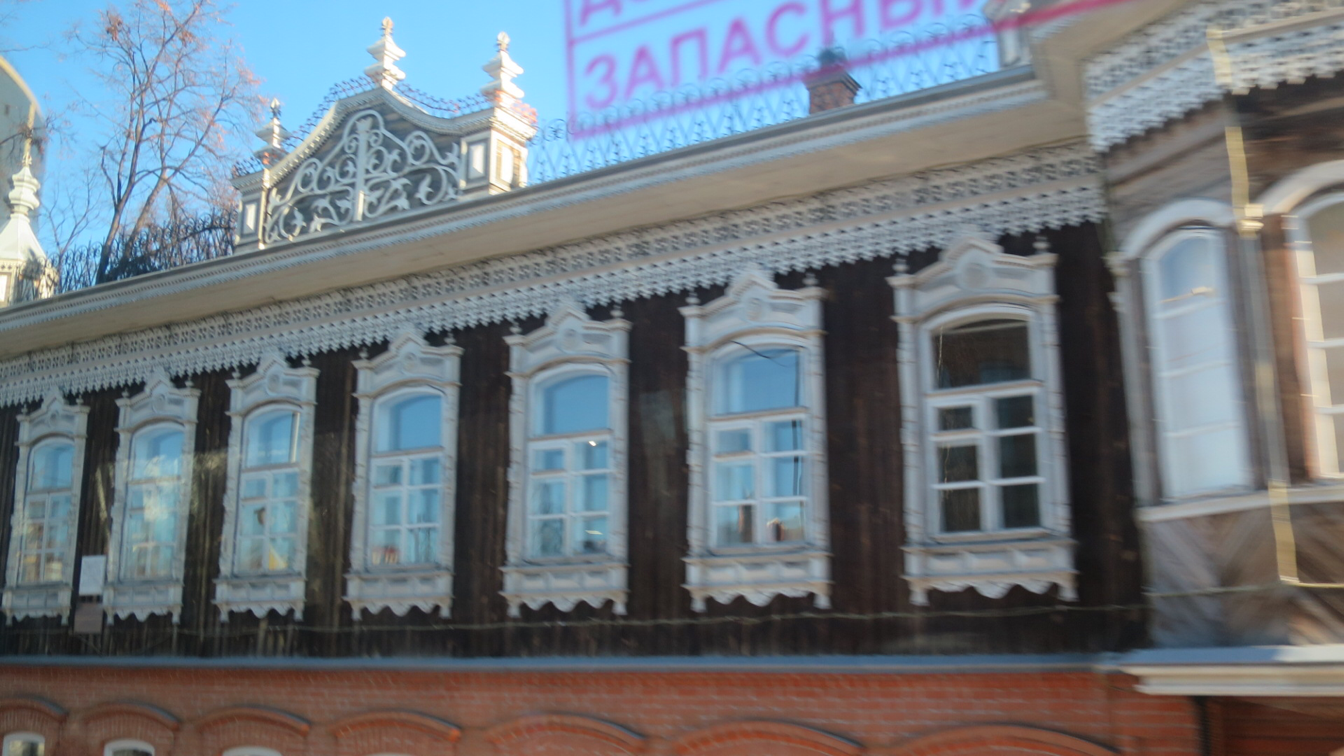 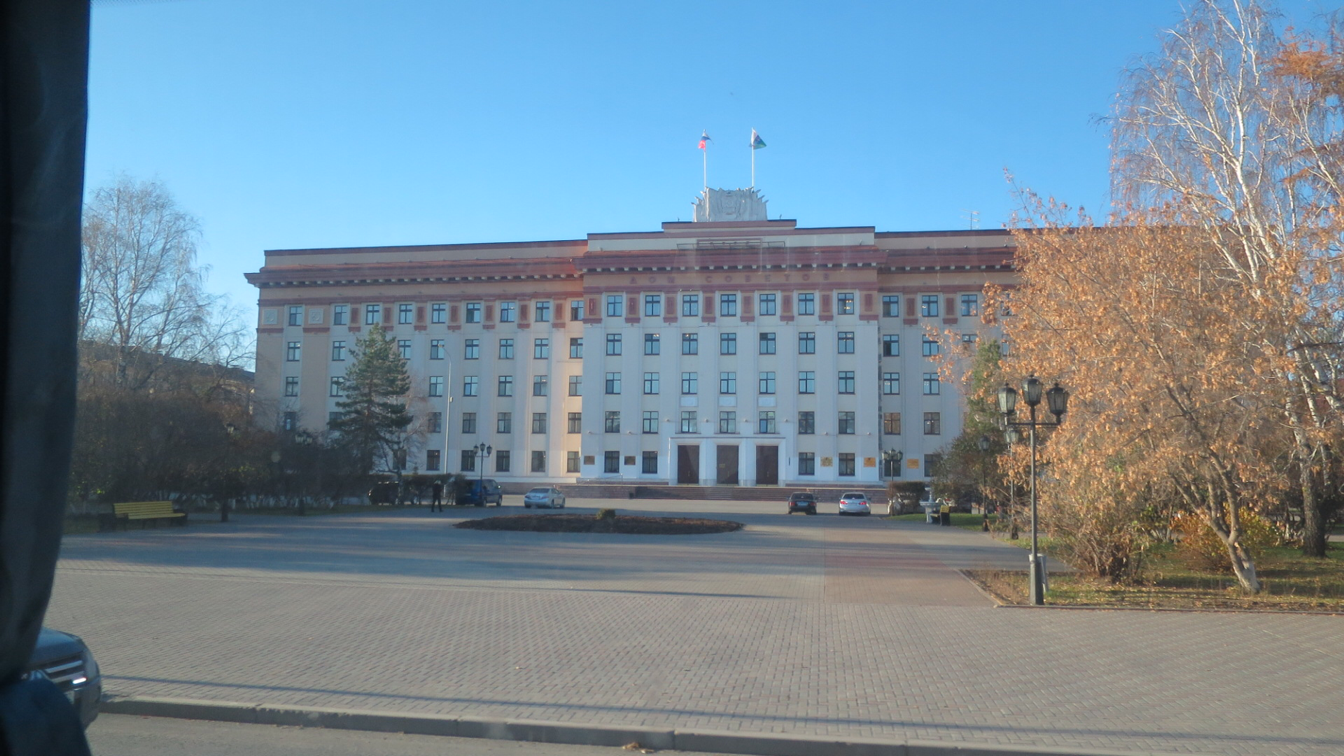 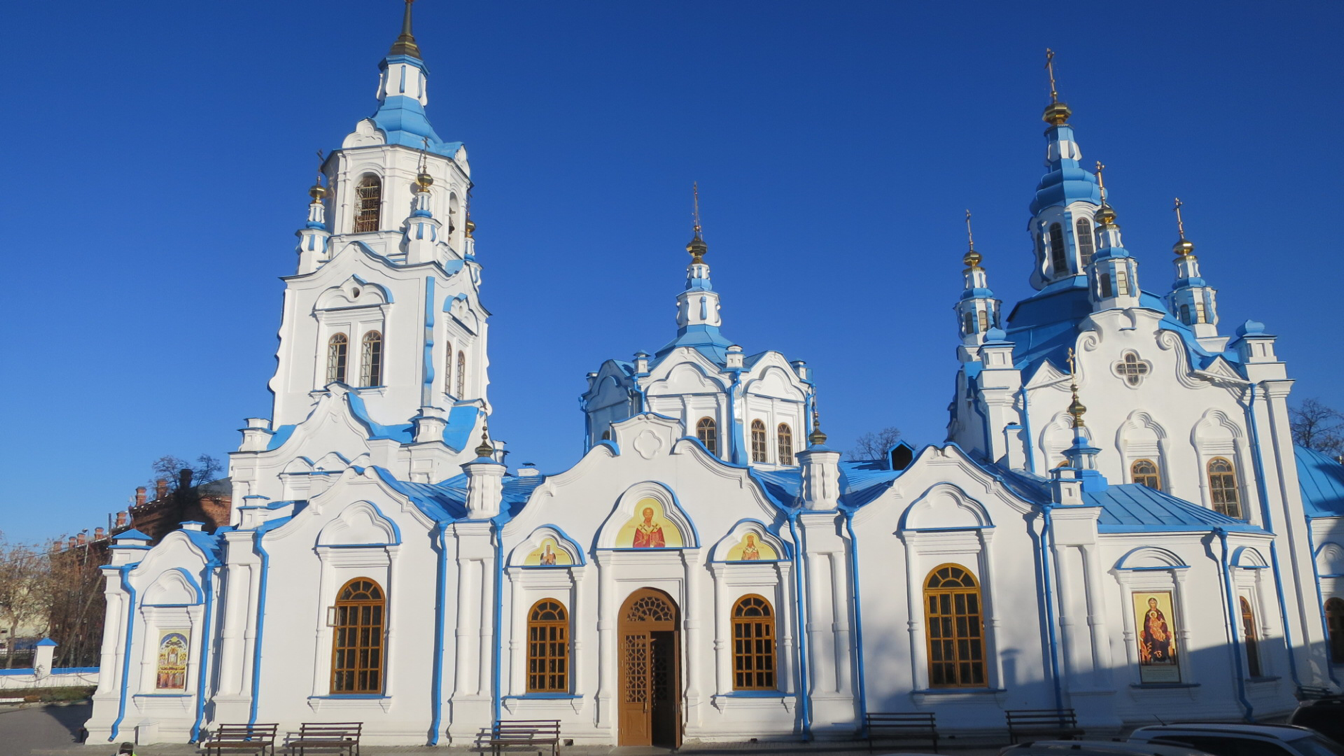 We visited the minastary if course. John would have been disappointed if we missed it. The bee houses stole the show. 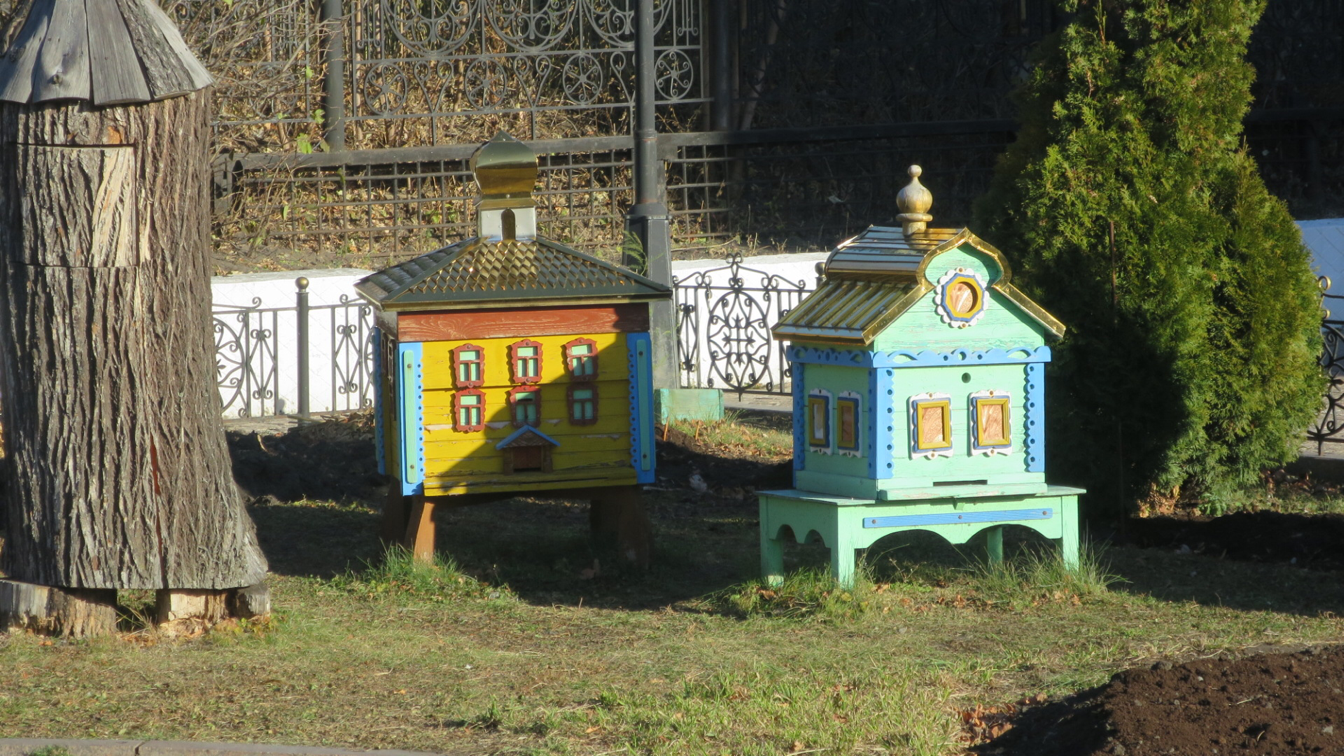 The highlight was out of town at the archeological park where we met a shaman, participated in a smudge and drum ritual, and toured the exhibits. Note the tippee, costumes, drums, etc. This is from northern Siberian tribes fron thousands of years ago. Look familiar?  Keep in mind that these people never interacted with Americsn Iindians until the 20th century. 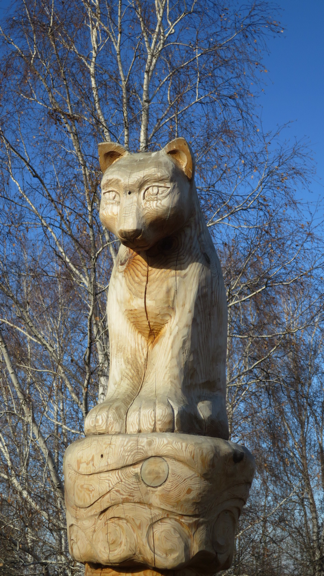 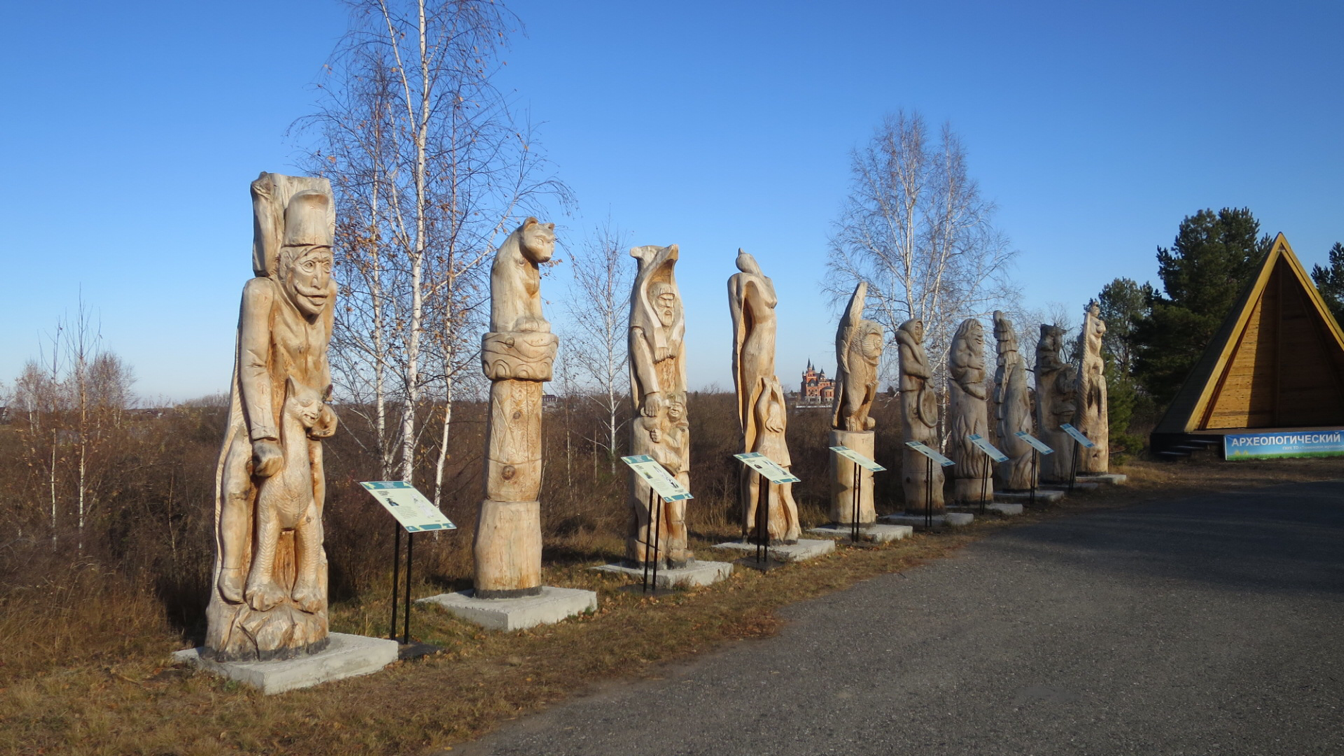 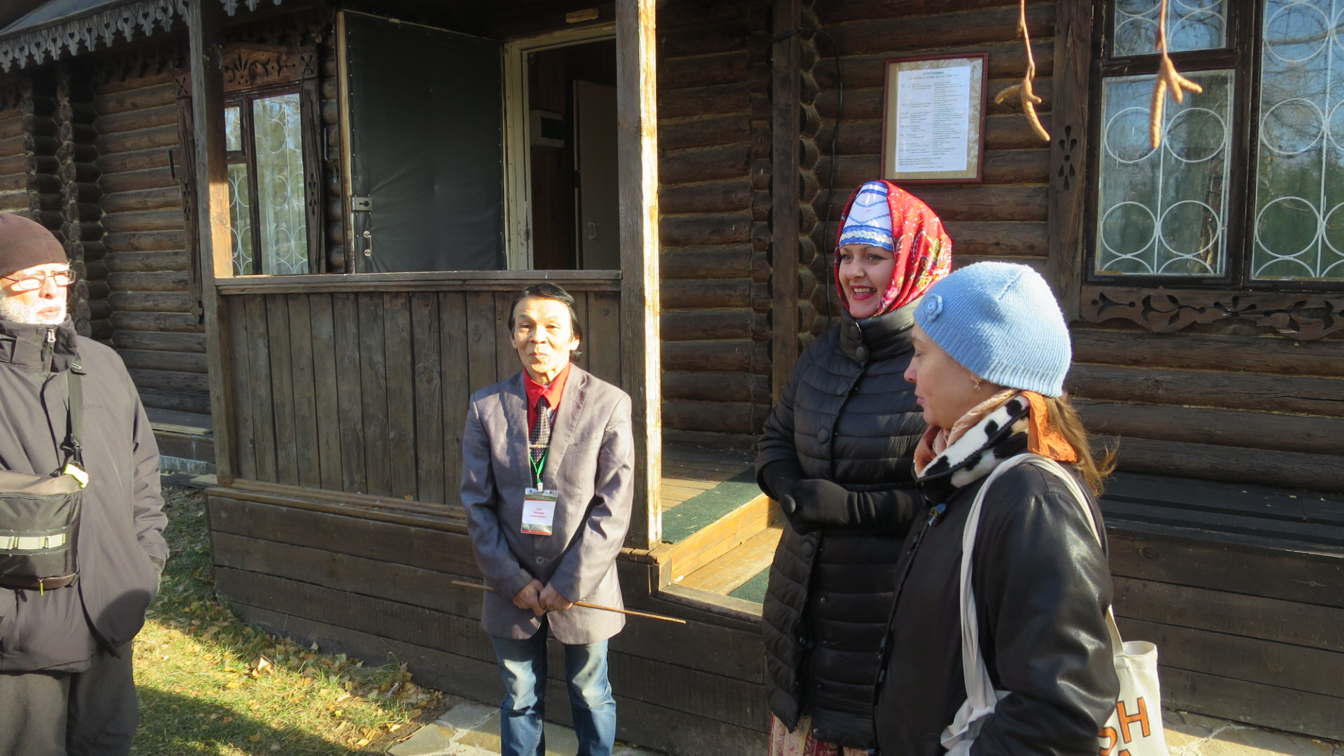 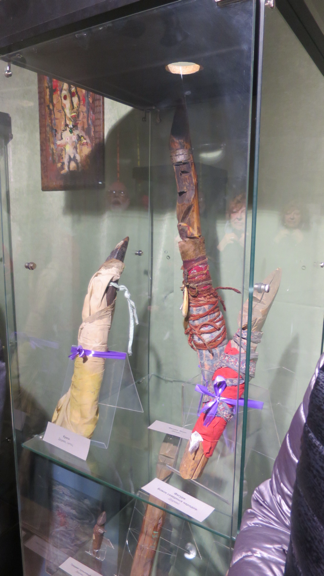 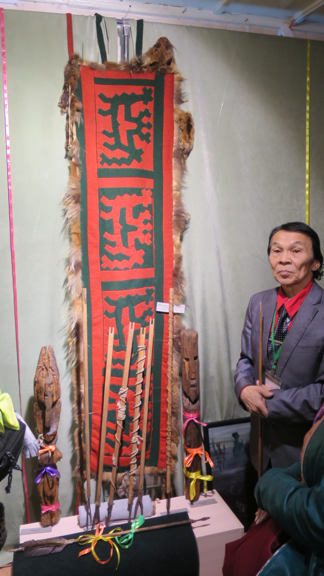 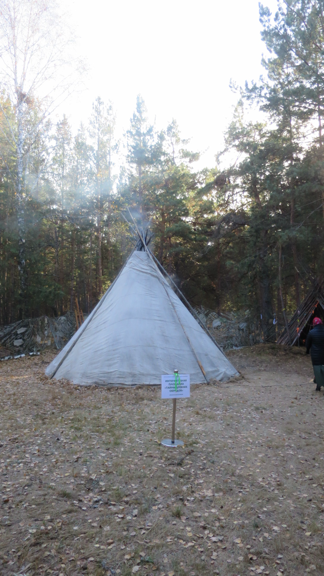 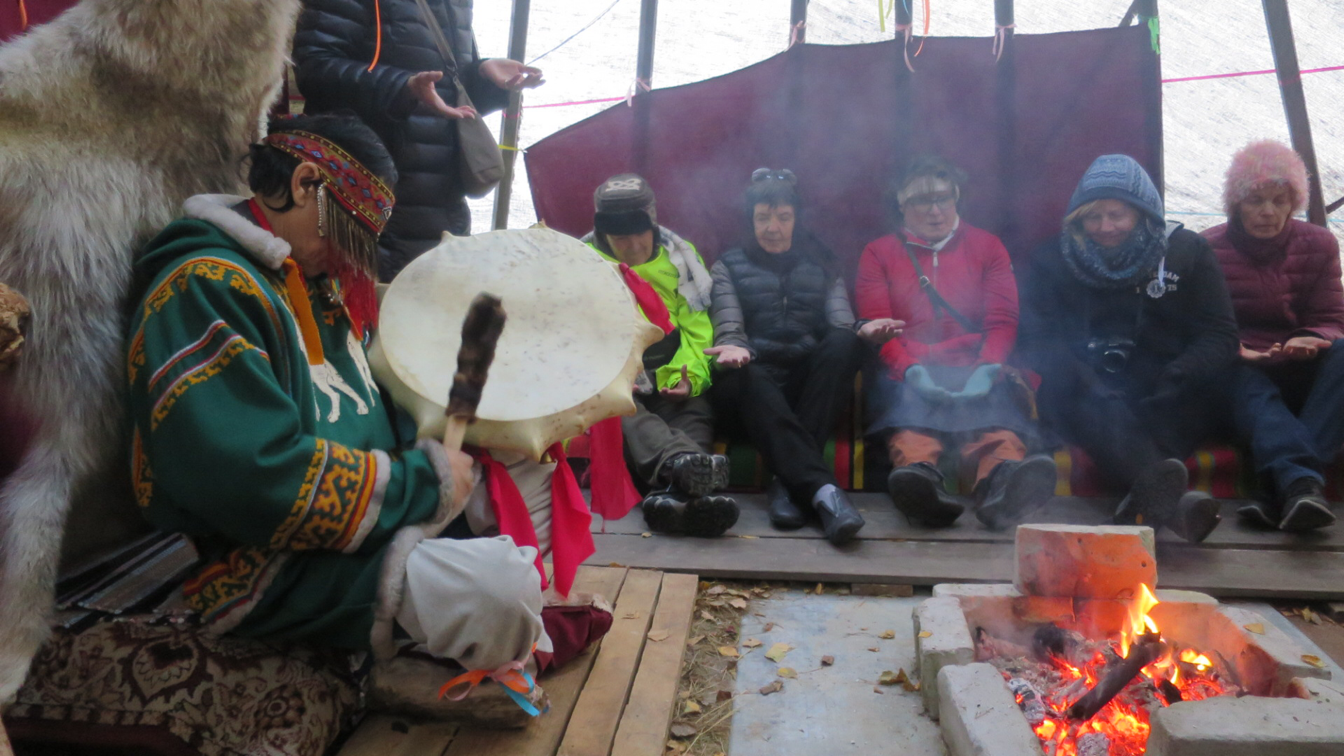 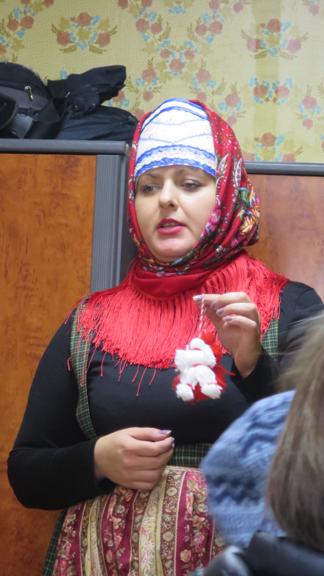 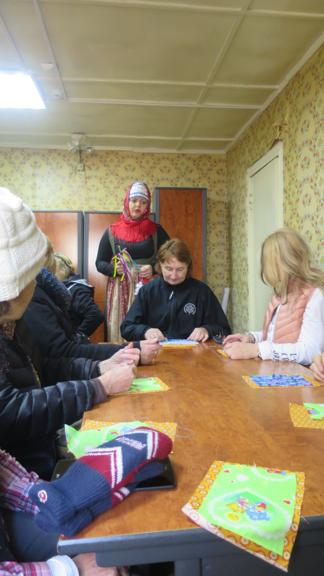 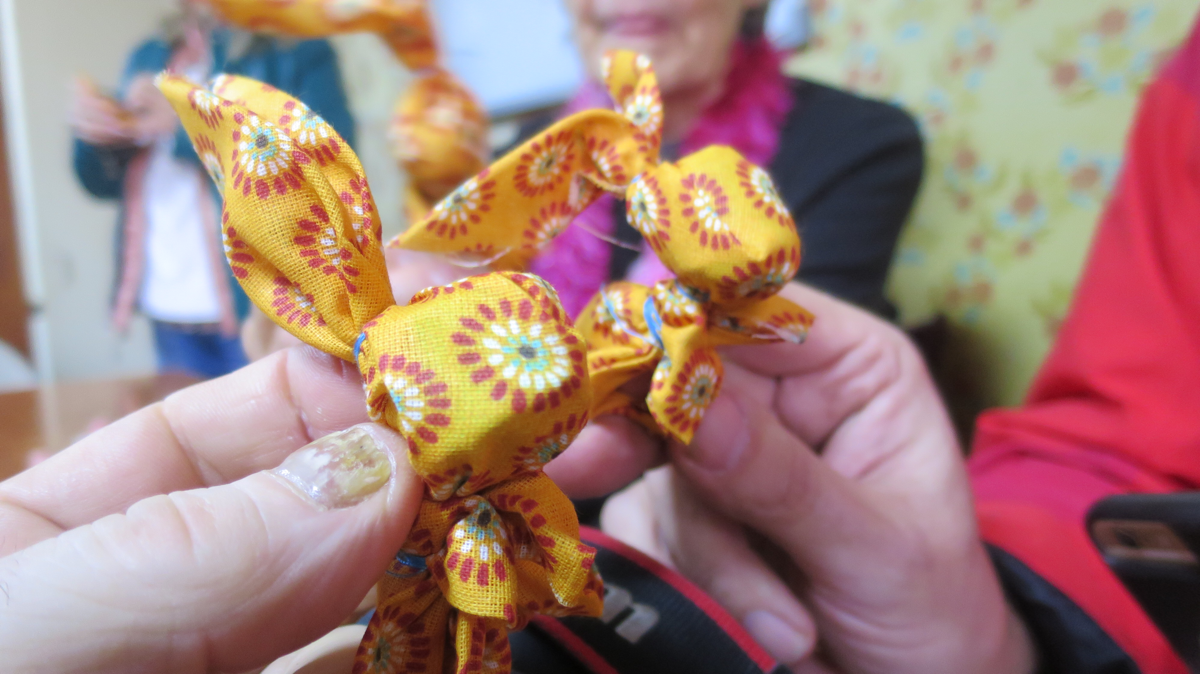 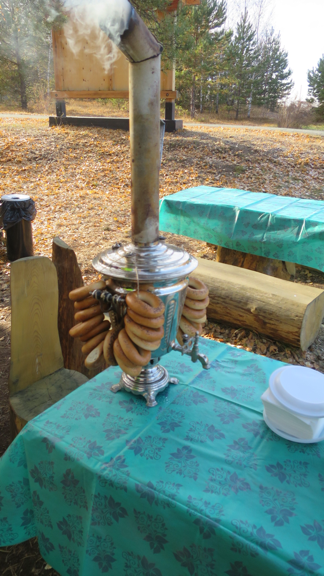 Afterward we were treated to an Elm Netting class. Not what you might think. We learned to make native Russian finger dolls. Great fun. John and I had a bunny love fest. This was followed by tea and cookies outside. It was only 30^ and bright sun!  They opened the park just for us and it was special.
We stopped at a grocery on the way back for train supplies. The Leta store is Russia's Costco!  Lovely. A quiet evening at the hotel led to our midnight departure on an overnight train to Novosibirsk!  Two more time zones. Eighteen hours and snother 1209 kms. This was Denise snd Nettie's last train ride...clickity clack in a comfy, rocking sack.
Posted by Tom and Bobbie Lucido at 8:44:00 AM