Day 31 - Getting into London and Buckingham Palace

Today was a "getting our feet wet" day learning the London transportation system all over again.  I lived here twice...over 35 years ago...and things have changed just a bit.  Back then the tube was fast and the bus was slow.  The trains were for anyone who lived outside of London and I seldom used them.  I worked in the city center, halfway between Buckingham Palace and Trafalgar Square.  I had lunch with the 'lions" on most sunny days and my commute to Kensington was all of about 20 minutes.  I didn't have a car.  Sometimes I walked through the palace mall on the way home.  It was a quieter life back then.  Elizabeth was and still is queen.  London is a very special place.

We got up early and wound our way through south London and out to Gatwick where we returned the rental car.  We puchased tickets on the Southern Line to take us into town.  That was easy by certainly not cheap. Our tickets into town were $18 each.  The train was modern, ultra clean, and sleek...and fast!  We arrived at the London Bridge station (right under the new pyramid building) and transferred to the tube.  That was a LONG way through many winding underground walkways, escalators, and stairs.  We purchased a one-way ticket to Trafalgar Square and got on the tube.  And "tube" is appropriate as the trains are the shape of the round tubes carved into the bedrock well below the streets of London.  I had forgotten how low the ceilings of the trains are...and I was three inches taller back then.  Even now my head almost hit the top.  The cars of of course new and fresh and everything is digitally controlled with great voice notices that "you can actually understand." 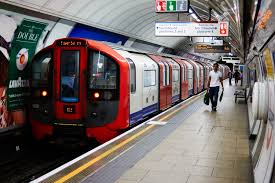 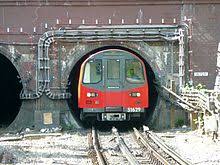 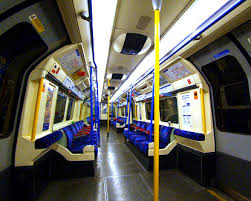 We arrived at Trafalgar Square and found the ticket office where we picked up our 6-day London Activity Pass and Travel Card.  Numbers wise this is a great deal and we hope to save a lot using the pass to visit a lot of London sites over this week.  We had lunch at a local restaurant...yikes...London prices...and waiting for George and Andi to join us in town. 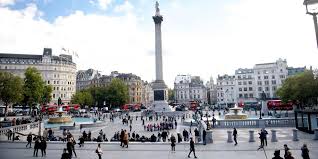 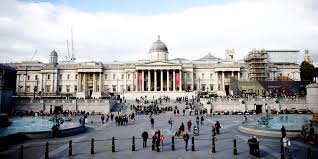 One of my "lions" and lunch buddies for all those times.  There were wooden benches around the monument in those days and it was a great "show" during lunch watching all of the tourists. 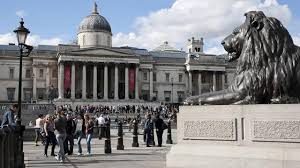 From there we had a short visit to the National Gallery.  We were only there for 45 minutes using the available time before our entry into Buckingham Palace to see some of the masters.  It is a great art gallery with some pretty outstanding works of art.  I am always amazed honestly, at how much I retained from all those years of art appreciate in school.  I saw paintings today for the first time that I studied so, so many years ago.  I love art, am an artist myself, and I am always humbled when I witness the mastery of geniuses from so long ago.  The ones I have now seen for the first time included "Sunflowers" and "Cat in a Chair" and "Wheatfield with Cypress by Van Gogh, "Mediterrean Landscape"  by Picasso, and my favorite "Bathers at Asnières" by Seurat.  My taste is pretty obvious. 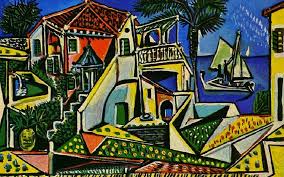 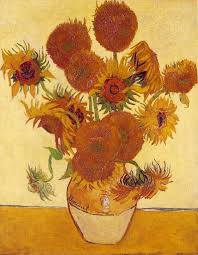 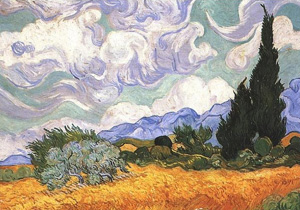 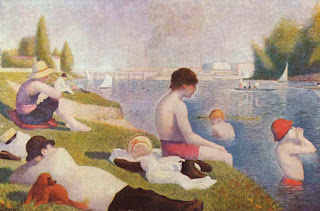 We purchased timed entry tickets for Buckingham Palace.  The security was as one would expect to visit the home of a world leader.  Once inside we were met with an outrageously elaborate decorated palace covered in gold gild.  We all remarked that it was guilty with gild.  There were photos of Elizabeth everywhere of course and I am always impressed how truly beautiful she is and has been over all of her 92 years.  The palace had a special display of gifts from world leaders.  That was not of much interest to us but it was refreshing to see that the only gift they displayed from the USA was a signed picture from JFK.  There was an homage to Diana that was very well done.  This we learned was a gift from the queen to her grandsons in honor of their mother.  It was a grand visit and one we will remember.  The Australian Coach we have seen used countless times was on display and the grounds were spectacular.  Upon exit I had a chance to chat with one of the "wardens," the name given to the folks who guide and watch over the actions of guests.  She was quite animated and interesting.  In our chat she asked what my favorite part of the palace was and I told her that i was not as impressed with all the gold as I was the architecture, the picture of JFK and the Diana exhibit. She agreed.  She asked where I was from and in learning it was Alaska, said, "oh, you all created Palin."  To that i responded with no responsibility for that or for her current friend in Washington and we both has a good laugh.  She shared that the queen's withdrawn invitation has not been renewed and in light of recent events would not be for "quite some time."  We then chatted by William and Harry and I remarked how well Harry is doing in his romantic pursuit.  To that we both agreed that Megan Markel is a WONDERFUL choice!  What fun! 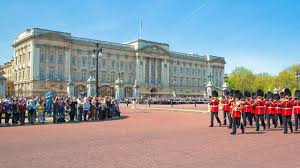 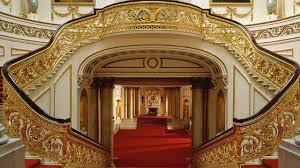 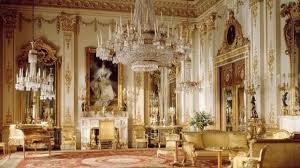 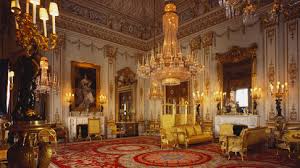 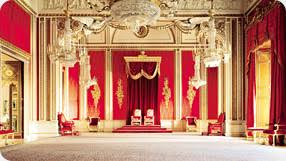 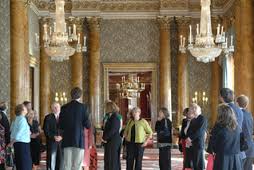 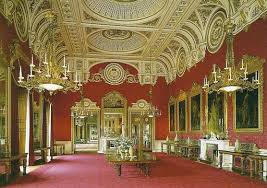 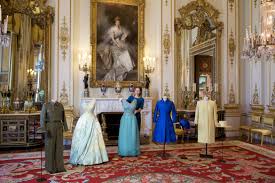 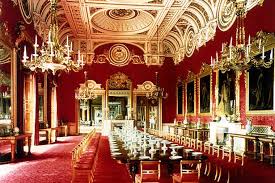 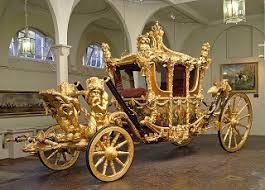 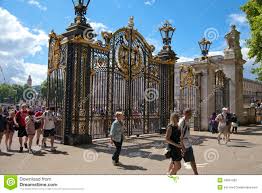 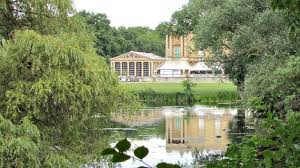 Looks so fun! You two are inspiring!