Haenyeo (sea women) are female divers in Jeju. Known for their independent spirit, iron will and determination, the haenyeo are representative of the semi-matriarchal family structure of Jeju.
Jeju’s diving tradition dates back to 434 A.D. Originally, diving was an exclusively male profession, with the exception of women who worked alongside their husbands. The first mention of female divers in literature does not come until the 17th century when a monograph of Jeju geography describes them as jamnyeo (literally “diving women").[
By the 18th century, female divers, at this point commonly referred to as haenyeo, outnumbered male divers.  Several possible explanations exist for this shift. Whatever the reason, as sea diving became a female-dominated industry, many of the haenyeo subsequently replaced their husbands as the primary laborer.
This is a dying art.  The average age of female diver today is about 65.  The younger girls are not interested in the profession.  They were everywhere along the coastline.  It was amazing to watch them in and out of the water.  When they are not diving, they are selling their catch at make-shift ocean side cafes.  The gal with the microphone is 78. 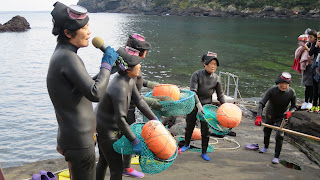 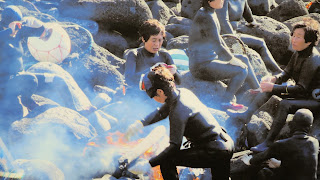 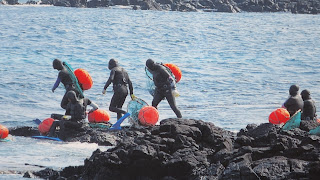 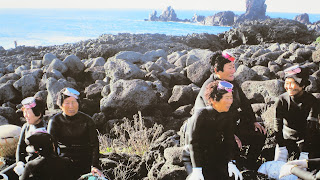 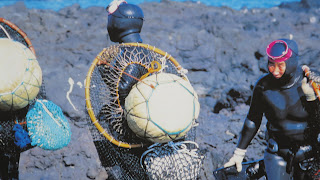 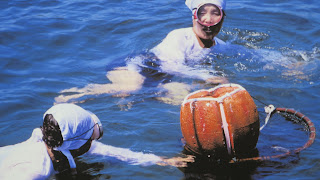 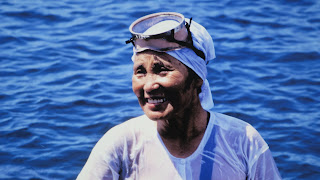 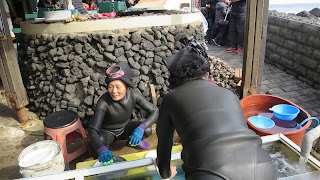 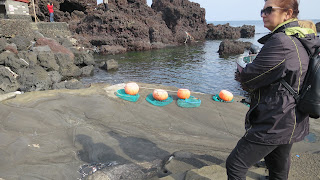 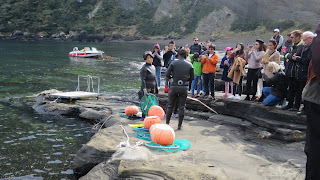 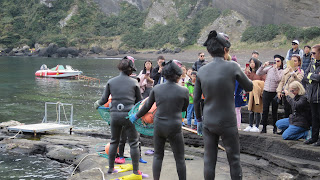 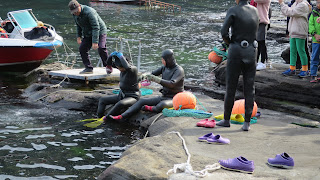 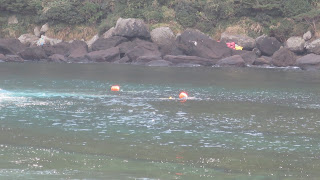 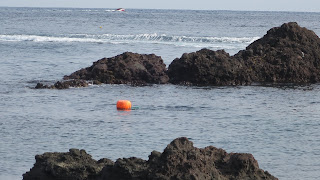